In loving memory of the great Steve Irwin

Name: Destiny (rather be called Des or Dessy. ^^)

Favorite Anime: Wow.....Do I have to say all them?

Fav. Animal: Wolf through and through, Baby!!!

(The following is for my Invader Zim OC Ash since they won't put this on the pic!) As a Young Smeet, She met and befriended Zim. But, soon after, She was taken in for experimentation. Years later, she came out looking like she does now. She's still a normal Irken, just Half Robot and WAY more powerful. A favorite of the tallest and Zim's best friend, even though he didn't reconize her when she came back. Ash was made to be a Invader, so when she found out Zim was gonna be one too, She was very excited since they would both be in Operation Impending Doom 1 together. Of course, as we all know, Zim screwed that one up. But Ash understood he was insane and didn't even get maad or upset. She knows more about Zim and he knows more about her than anyone else.

When Zim was sentenced to Food Courtia, Ash was put into training for Impending Doom 2, visiting Zim every so often. When ID 2 came around, Ash wasn't as Excited until Zim showed up! She instantly became happier and hoped they'd both be together in a mission. but Zim got a ? planet cause the Tallest were annoyed with him. she got my SIR unit first and only got to say hi to Zim before she had to leave. She finished concuering her planet in Record time and went to find Zim. Now she is on earth with him, helping him Concuer Earth.

heh! yeah, missing classes is always a plus X33
we have pep rallies too T-T

No, but Im going back soon, and i havent gotten anything done XD
PEP RALLY!? XD DX

Desseh! Ive heard of Fur Affinity, and been on there, i dont really understand it tho XDD Ive been ok, how about you? ^^

Hey Des! Remember me? X3 I havent talked to you in forever and i was wondering how you were ^^;;

ello destiny!!!
wat is up!? how u doing?! havent talked 2 u in awhile -.-
going 2 florida 2marrows!
i feel really really really special tht im on ur friends list! YAY! oh oh oh oh oh oh oh & by the way... ohh i 4got 4 a second...uh...lemme tink... OH YEAH! how did u do it?! u must have a reeeeeeeeeeeeaaaaaaaaaaaally good memory cuz i cant really remember all of 'em. tis wat i call short-term memory lose. however u spell it! well cheerio! goodday!

message:i have had a lot of things on my mind and got them off my shoulders, then i took a nap, then i had a nice lunch and...where was i?................ah yes! dessy the next time your on aim we must talk. thats pretty mutch it so if you were expecting something importent then you shouldn't be reading this. see ya!^______^
Go to page: 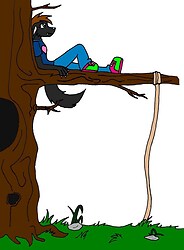