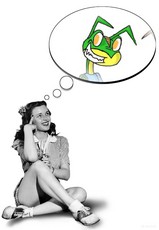 For those of you who don't know, I am the one known as WILLIAM ALLEN RUTLEDGE...............or just Will. I've recently turned 17 , I'm an anti-social shutin in person, while I'm a relatively pleasant person here. I'm really interested in the unknown, and I believe that there are aliens in the Universe(I mean, thousands and thousands of stars n' gallaxies, there's bound to be someone else out there besides us).I also have a fasination for archaic weapons, all those different blades and different kinds of hurting implements, yeah that stuff is awesome. I think I might be insane sometimes, I mean I got all the traits, I'm self consience, I'm kinda paranoid, I feel like people are watching me even when I know I'm alone, and I sometimes talk to myself. Yep, I'm insane, but I,m sane enough to know it. My favorite bands are System of a Down, Gorillaz, Green Day, and other stuff. I'm a strong believer in doing what you want and screw what other people think. Yeah stupid people always thinking they're better than ya just because you act or talk different... or if you make threats to them like... making their spine into a necktie........I hope I didn't say that out loud just now. Well that's basically all there is to know about me. Oh, and one more thing......barbies/barney the gay @$$ dinosaur/the image the media tries to force on everybody/my little ponies/racist/people who are intolerant to other people's way of life all suck the balls of a dead man!!!!.............but that's just my opinion. I'm half Mexican, I was born in GrandForks, North Dakota 8/8/89. I lived in Japan from when I was 8 months old to three years old. At the age of 3 my parents thought I was a mute.I'm a big fan of giant monster movies, I'm too squeemish to watch horror/slasher flicks( the funny thing is however I'm able to watch Predator and draw morbid stuff without a problem, which I really don't get). I've never been on a date,and....well I've never been on a date anyway. I'm a big fan of anything Jhonen Vasquez has ever made, and a fan of Edgar Alan Poe's work. I've on more than one occassion tried to conquer the world, and have an army of Mutant Reptiles stationed outside of every major capito and....................I think I may have said too much.My favorite passtimes are drawing, reading, writing, making stuff outta foil, making up weird/creepy stuff. Oh yeah the one thing I love to do more than anything else.........Is creeping people out........don't ask why I just do.


and remember kids...never take a marmalade from a man in a top hat.


and here are a few avatar thingies I made.....because I had nothing better to do

one of my favorite but least known characters Quez

well I tried my hardest to make this look like Scoot, but....well this was the best I could do

I'm doing alright, and its good to hear that you're doing great and all. Finished my first year of *ahem*community *cough* college, and I couldn't be happier to get that out of the way.

heeeey thar. it's been so long since i last spoke to you. how are things goin'? you might've noticed i've moved from this site to a different one. i would give you the link if you'd like but the sites down for now <_<

anywhoozies, not much has happened. i've been pretty good. graduated from high school and every thang. my art has improved big time over the months. which makes me happy. i can actually be satisfied with it. and that's about it.

-the artist formerly known as brainfreezy2004

HEY!! WILL!!! LET'S ALL EAT SOME HAM COZ IT'S CHRISTMAS BB!!! *Stuffs a leg down your throat* Fuggin' eat that!

xD merry christmas to you too. or wish you had a merry one since yesterday was christmas...yeah...8D;;; yeah...
Go to page: 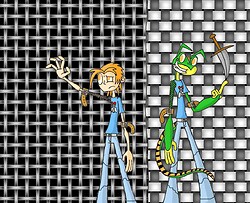