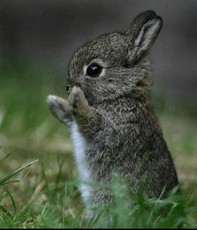 ^ His name is Coodles. He plans on World Domination. We must stop him! >:0

Name: Jell-O
Birthday: 3-22-93
Grade: *gonna be a freshman!*
Likes: Sonic the Hedgehog, Mario Bros, Spongebob, cats, dogs, raccoons, red pandas, lots of other animals, drawing, Johnny Depp, Dylan and Cole Sprouse, The Suite Life of Zack and Cody, That's So Raven, Pirates of the Caribbean, volleyball, Reese's Peanut Butter Cups... I'm gonna stfu.
Dislikes: Alcohol, cigarettes, drugs... I'M NO GOODY TWO SHOES! DON'T POINT THOSE FINGERS AT ME.
Favorite Food: Spaghetti ^^
Favorite Color: Robin's Egg Blue *close enough to the color XD*
Info: I'm just an 9th grader who loves to draw and play video games. I also think I am pretty smrt sometimes. I really want the Wii! I've figured out my plans on how to save up for one. My sis and I are gonna split the money for it... though I'll be the one buying SSBB. ;)

HEY YOU GUYS! I have a Yahoo! Group that I've created, and I'm sure that some FAC members would be interested in joining. It's called Toadstool's Fanart Collection. It's a place to enter your fanart of characters from the Mario series, post polls, and upload files all relating to the Mario series. I'd like people to join. :-) Here's the link: http://games.groups.yahoo.com/subscribe/toadstoolsfanartcollection .

LOL. I stole this from BadArtist. :-)

These were the only entries, so it was not a long decision (badartist's entry had been deleted). My decisions were made from if I liked the idea, and how well it was drawn, not by who the person who made it is. dynablade_ex's entry won first place because the idea made me laugh, and it was pretty creative of making "Mafio" own a strip club. You'd never think Mario would have one of those! Now, I will start entering your requests by February 2nd. I go to Florida on February 14th, so I might not be able to make anything for a week starting that day. Here's what I still owe you:

dynablade_ex - 2 requests, colored or uncolored . Choice if you want it colored (but my coloring sucks), and how I draw it (paper or MS Paint).
battou - 1 request, uncolored, paper.
drakethatsme - Decorated gift certificate for getting 3rd place.


Hey people. Just wanted to clear something up just in case it seems otherwise. If I ever enter a picture that includes some Naruto/any other anime stuff in it, I might not know too much about characters and such. Please don't blame me for being an idiot. XD That's because I don't like Naruto or any other animes. Some of the characters just make good figures to draw. :\ Maybe I should say "I'm not too fond of anime" instead.


Okay. If some of you have noticed, I have taken down pictures from my gallery. 44 pictures, to be exact. All because I used an official artwork/screenshot pose, or because I stole the idea from another site or user. I have saved all the images and put them into a photobucket gallery. Here's the link if you want to know what was deleted: http://s14.photobucket.com/albums/a325/jello_is_squishy100/Fanart/ . Please don't ask me to repost any of these, I deleted them myself. Thanks for your time.

a series of pointless stories
8520

Will you please draw a picture of Peach as Ariel from "The Little Mermaid"?

Haha hey :0 after like er...i don't know how many years im back XD although i have a new profile now :3. my new name is Euphemia :P haven't put up any pictures yet only a few stories XD. Man i think my hedgehog drawing skills have gone down the drain @_@ i need to practice~ well talk to you later, i'll add you on my new name :

Can you tell me how to make flash movies? 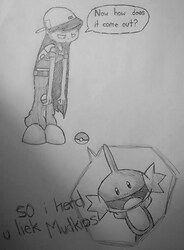