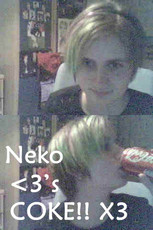 (UPDATE)
STUPID FAMILY!!! D:<
As most of you might of heard I had planned to make Fridays "Update day" HOWEVER ... due to the fact my brother won't leave my computer alone for 5 F**KING MINUTES!!! I can't get on here to do my A Fox's Tail comic! He hogs the computer and also hogs the internet. I'm lucky if I get an hour or so without him saying "My turn, my turn, my turn!" over my shoulder!
Dude, you had all day with the computer, I now wanna go and at least chat with my friends, and suddenly you're saying MY TURN?! Where's the f**king logic in that?!
Believe it or not... this said brother is 30+ ... yeah, get why I'm so pissed off yet?

i love your pictures i looked at them since i was in jr hig and still do!!

You are an awesome artist!! I was wondering if maybe you could do a soul reaver fanfiction character for me? I loove yours!! If not thats ok I know youre busy!! thanks!! =)

I need to ask a favour of you, as you did the beautiful pic of Nikki for me, I was wondering if you would do another pic for me of my hamster basil who passed away yesterday please.
If you say yes I will send you the link of a pic of him

Also. BEWARE!! for I am the minion that keep's replacing the M-Preg bug's sturdy cages for flimsy ones! MWAHA!! x3

OMG, haven't talked to you for-freaking-ever! And I don't think I ever got you my e-mail address either, it would be totally cool to chat with you! Its number1animejunkie@yahoo.com
E-mail me anytime!
♥ ashi!
ps, me n college boy are still together, dispite the long distance, so I'm totally looking forward to college in the fall!

im sorry to bother you but how do i get to your 'Happy Family' story? i tried going to your story page but they only gave me three of them, so would you be king enough to send me a link?

you rock!
hehe i get called neko-chan too XDXD
GO US BRITISH PEOPLE!! *dances*
did i mention you rock? 8D
Go to page: 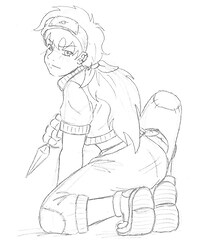