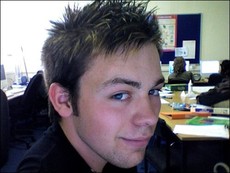 I have recently joined fanart central on the 20/8/05 and have put up a few pics so far. Most of them will b pokemon.

Since i dont have a pic of me yet i will describe myself. I have dark brown hair , blue eyes , 5ft6 in height.im 16 and ma birthday is on 22nd of november.

24/9/2005 Coming soon: the evolved form of hosepipe, the mean-machine, rainking. and after rainking i will b drawin a pic of me in poke clothes.

5/10/2005 Coming soon: the starter pokemon types go 'grass water FIRE' ive done grass starter pokemon and ive done water so next is fire. also a request for splixx who has asked me 2 draw pichu pikachu and richu all 2gether.

31/10/2005 Happy Halloween: firstly happy halloween, secondly soon i may not b able 2 get on fac for awhile so i will b puttin up the birthday pic up 2moz and its a bit different than the description above and lastly another request for splixx will b up 2moz as well.

4/12/2005 Its Christmas Time: its gettin cold now and christmas is coming ;) the evolved form of scarton (phantscar) has been put up in my gallery and the evolved form of phantscar (crosscar) will be up soon as well. also im thinkin of making a comic but not about pokemon (*thinks* might do that one day) its about runescape one of the best online game around ;) it will be called 'the xtreme heroes' lol i bet you would of guessed that i would use 'xtreme' somewhere in the title.

4/2/2006 xtreme heroes: the comic will and has been made, but because i have a new computer, i need a new scanner so i cant put it up yet. so if you notice i havent put any pics up of a while, it not because im gone i just need a scanner.

21/5/2006: some of you may have noticed that I have a thing about animations at the moment and some of you may have noticed that I haven’t put up a pic in a while. Well this is because my scanner isn’t working that this moment of time. This creates a big problem because I say I would make a comic about runescape and I want to because I believe I would enjoy making it. So I have decided that I will make the comic into an animation instead. Of course it would have to be made into several different animations because if it was all in one then it would be to long so it will be made into so many different animations with to be continued on the end of the animations so I can continue the story like you would in a TV series. Also all you bob fans, if you have any ideas for future bob’s adventures movies then email me about your idea. My email address is calumrb22@hotmail.com. I look forward to hearing from you.

20/7/2006: Now that ive left school i have to start thinking about job ideas and because everyone should pick a job they enjoy i think i will become an animator. If any of you know any simple animation jobs available please tell me about it.

your welcome cristy ;) if you want to do a request im fine with it ;) a cyndaquil if not too much trouble ;)

Okay, that's fine. I don't think she'll care. It's so nice that you're going to draw her something in the first place. :-) Have a nice day.

Hi there, I'm thisisridulous93's sister. I saw the picture of the pichus on the pokeballs and they are CUTE. I saw that my sister wants the same thing. I apologize that she's not the best typer, and she sounded a little rude when she asked. Well, I think when she said she wanted the same picture... that she wants exactly the same. Maybe you could like, make one Pichu dancing on one of the pokeballs or something. I'm sure she'd appreciate it. :-)

PLEASE MAKE ME ONE WITH THE PICHUS AND THE POKEBALLS

PLEASE MAKE ME ONE WITH THE PICHUS AND THE POKEBALLS

am glad you liked them darl, if you want I will do some more for you.
Go to page: 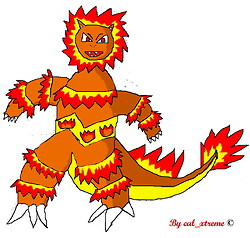