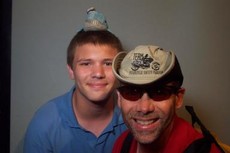 im the one with the blue shirt...on top of me is my whale "willy"
BOW DOWN BEFORE THE WHALES!!!
GF:Corn aka tallestpurple101
Carrie is the greatest girl out there. she is
always so understanding of me and is always there when im feeling down. she is so sweet and kind. ive never had so much in common with one person.i truely think she is the one.i love her so much♥.

i want those shoes

this will happen to you if you dont bathe

american answer to most problems:
shoot it

apicture i cant submit....so i put it in my profile


92 percent of teenagers would die if Abercrombie and Fitch told them it wasn't cool to breathe. Put this in your profile if you would be part of the 8 percent laughing your butt off. 92% of teens have moved onto Rap,
if you're part of that 8% that still listens to real music,
then copy and paste this into your profile

PTBAPF Proud To Be A Purple Fan

A online comic series that me and Tallestpurple101 have decide to make. it is based on a role play of ours where a alternate universe danny is arrested while inspecting his shoe because of he is accused of murder (with no investigation or trial they just decided he did it and arrested him) that was really commited by evil potatoes. the series is about his time in jail and its reeaaalllly gets weird, full of obscure reference s which will make you dizzy XPhttp://www.hlfallout.net/images/content/enemies/full/antlion_full.jpg 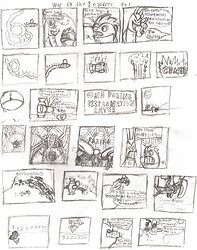 War Of the Invaders pg1