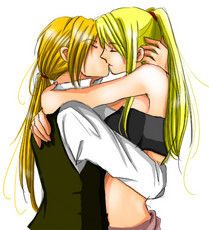 About me: I'm gonna make it quick. I like drawing Inuyasha, Naruto, Full Metal Alchemist, Sailor Moon, and fantasy. I'm currently trying to find a tablet to draw with, because I can't draw witha mouse, no matter how I practice!! I should be on fanart more cause of school, so if you feel like talking I should be availble!!

I will post my fanfics up here too. I have two of Star Wars Jedi Apprentice, one is called "Obi Wans Return" and "Revenge". Mostly about Obi Wan in both but some Qui Gon in Revenge. (well, actually, he is main character.)

"Obi Wan's Return" is about Obi Wan when he was cast out of the Jedi Order and was captured on his way to a planet. (forget the name of the planet)

"Revenge" is about Qui Gon as he went 'dark' sort of when Tahl died. What can Obi Wan and Bant do to save him?

Another one is of Sailor Moon which is called "Birth of Cosmos." A new enemy has come and Neo Queen Serenity might not be able to defeat it.

And last but not least, my story called "Oh Dear" and its about Runescape. Comedy, action, and romance in this story! Aay, a noob, just came to Runescape, while advanced expert Patrick came by and they both fell in love. AWWWWWWW! But Dav, who loves ruining Patrick's life, will try to take her away from him.

Oh Dear III is currently being written and posted on fanfiction.net. Read it there!!

Big thanks to Otaku for giving the permission. All we need now is Blitzer's consent.

Ok, so Dear_Me owns Kid Mental? Ok, cause he's coming to the Third Runescaoe Story of my written- uh, stuff...

No... for Dear_Me, that was actually *me* responding on my sisters account... and not knowing it DX But the owner of Kid Mental, (I call him Mental...) did give permission for you to use his character, and if I remember what he said... MAKE HIM FUNNY, DAMMIT! xD So yes, go ahead and use him!

Also, I don't know who owns them, but can you ask them if I can borrow Otaku and Blitzer for a couple, maye a few, of my stories. They gonna play very good part in this story, so keep waiting- I'm gonna post the third part. By the way I'm not gonna be on FAC for a week probably. I'm going to Florida.

Yeah, I'll ask Otaku... though I haven't talked to blitzer in ages o.o I'll go drop an email off to him to ask...

Have fun at Florida!

ok. I'm sure Otaku will love this place. I'm gonna send you a PM telling your Blitzer's place and Otaku's palce in my story. Check your PM and see it, but don't tell them. Just say it's a big part. BIG part. If blitzer doesn't response, let me know anyone else that can take his place. Hopefully someone skilled with a bow. Cause I was planning on- wait, I can't tell. Your PM has it all...

I love all your runescape pics. Everyone, I finally uploaded piccys. Use this Keyword to access them. Use Keyword: Flyff.

i like your pictures! plz look at mine and tell me if they're good!

Thank you!
Yes, you're doing good! Keep drawing and you'll get there! ^_^

thanks! i just wish people other then my friends would look at my pictures... oh well!

^_^ Just keep practicing! You can try to experiment with other materials to do something new... just draw whatever you like, really ;) people will start to review sooner or later! 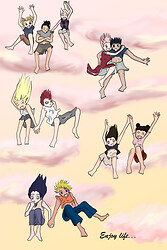