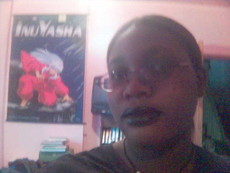 I am the girl kicked out of her home because I confided in my mother that I am a lesbian.

I am the prostitute working the streets because nobody will hire a transsexual woman.

I am the sister who holds her gay brother tight through the painful, tear-filled nights.

We are the parents who buried our daughter long before her time.

I am the man who died alone in the hospital because they would not let my partner of twenty-seven years into the room.

I am the foster child who wakes up with nightmares of being taken away from the two fathers who are the only loving family I have ever had. I wish they could adopt me.

I am one of the lucky ones, I guess. I survived the attack that left me in a coma for three weeks, and in another year I will probably be able to walk again.

I am not one of the lucky ones. I killed myself just weeks before graduating high school. It was simply too much to bear.

We are the couple who had the realtor hang up on us when she found out we wanted to rent a one-bedroom for two men.

I am the person who never knows which bathroom I should use if I want to avoid getting the management called on me.

I am the mother who is not allowed to even visit the children I bore, nursed, and raised. The court says I am an unfit mother because I now live with another woman.

I am the domestic-violence survivor who found the support system grow suddenly cold and distant when they found out my abusive partner is also a woman.

I am the domestic-violence survivor who has no support system to turn to because I am male.

I am the father who has never hugged his son because I grew up afraid to show affection to other men.

I am the home-economics teacher who always wanted to teach gym until someone told me that only lesbians do that.

I am the man who died when the paramedics stopped treating me as soon as they realized I was transsexual.

I am the person who feels guilty because I think I could be a much better person if I didn’t have to always deal with society hating me.

I am the man who stopped attending church, not because I don't believe, but because they closed their doors to my kind.

I am the person who has to hide what this world needs most, love.

Repost this if you believe homophobia is wrong

um ello i like patd mcr and three day's grace

want to be friends?

hey sorry for the way-late reply my internet was broke for awhile anyways i've been drawin and trying to make a portfolio for high school oh and i'm 13 now yaaaaaaaaaayyyyy,how u been
Go to page: 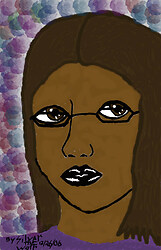