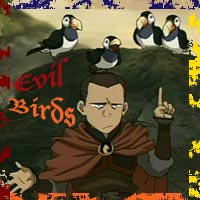 Name Birdsfly as you already know.

Gezz have not been on here in a while XD

Likes: Avatar (Both the Movie with the blue aliens and the cartoon with the elements), Teen Titans, Zelda games, Inuyasha, Harmanie(my dog), Zutara(Avatar Zuko Katara), SessKags(Inuyasha's own fluffy and Kagome), Games, Drawing, Writing thats bout it for main.

I am also on Fanfiction as well as Youtube. So YT have 1 vid not very good but hey its a first. and have I think 3 stories and 10 poems on FF if i remember correctly. Who knows
So Fanfiction http://www.fanfiction.net/u/1277835/
Then Youtube http://www.youtube.com/user/ReasonsForTreason
Oh where I've been mainly at http://www.birdsfly25.deviantart.com/ and is also where most my pictures are.

Haha have not updated this since the start of summer break. XDD School started 8-11-10 yeah I'm in school now. Anyway... been drawing more even gotten better at photoshop and color pencils. So yeah that bout it will be updating more and that's is it.

Nice artwork and what's up?

hi you have very nice art 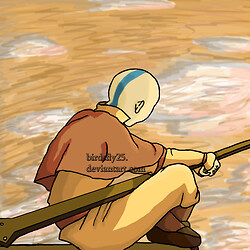 I never wanted to be