Howdy all. I am Echo. Some of you may know or remember me as Kiba or A1, but that time has passed and with that I am now Echo. Anyway, I live with my partner here in San Jose, CA. I am a chill laid back kinda guy and easy to get along with. I love chatting and getting to know ppl and am always open for new friends. I may not be as active on here as I used to be, but that doesn't mean I won't be around from time to time. If ya wanna chat or get to know me drop me a line and I will get back to ya. I do on the rare occasion do the art, but I don't do requests, trades or such. Sorry. I enjoy lots of things: Anime, Furry, Sci-Fi, conventions, movies and books. Anyway, to all I say peace out and hope ya have a good day.

I've gone back and forth with how I feel about being single at this point. But for me, it is what it is since there were other circumstances in play. I DID miss out on "the one", though, that much I know. That's the price of being a gentleman- if someone is with the person you want, you back off. I really didn't think they'd wind up engaged and married so quickly, though! Ah well.
Let's pick up the RP again someday. That would be a riot. Your character was strong, but not overly so, and in an interesting way. That reading chakra bit, and camouflaging his apparent age- that was a riot to work against. He was a good confidant and somewhat more light-hearted character than Ryouko/Yuji, which really made it work imho.

That's absolutely a good idea. You've got to keep the important people and things involved in your life, especially where partners are concerned.  Your character was fun; a real challenge to RP against, but that never showed in the end result. Our RP remains the smoothest one I've ever seen. Thinking about Ryouko now, I would:
-Have him respect the Second Hokage most and be more pragmatic
-If we did it "present day", I would have him be over Sakura and bitter about it.
-I'd like to have him fall for Yuugao, Hayate's old girlfriend, while she more thought of him like a younger brother.
-Write him as more of a warmonger of sorts; more at ease during times of conflict though he's not particularly interested in starting conflict.
-Have Naruto and other rib him about his age (though he isn't much older than them) but have it start to bother him.
In fact, this just kind of poured onto my screen:
"Hey, stop it!"
His ear's perked, and then he was moving. He was between the warring young man and woman in a flash. He realized almost as soon as he moved that he'd made a mistake- the "hey, stop it" had been followed by a high-pitched giggle.
He'd just interrupted a couple on a date. There'd been no danger.
"Hey, old guy- back the hell off! I know you were alive for all those wars, but reign it in!"
Yuji favored the younger man with an even gaze, but then bowed his head in apology. He HAD been incorrect.
"My apologies...you...kids...have fun. Excuse me."
Yuji stalked out of the tea house, hands jammed into his pockets. He would never have done that in the old days- he needed his hands to defend himself. But that kid had been right: There was no need for that anymore.
"Not since "almighty Naruto" became Hokage and got all the other Shadows to play nice with each other. Oh, and the fact that he's got that way-out-of-bounds chakra. And all those jutsu. And that he comes from two genius shinobi parents. And let's not forget Sasuke, no longer last of the Uchiha."
Yuji needed a good fight, pure and simple. He could just feel his skills eroding. He'd been useless in the Fourth Great Ninja War- everyone had, really. But still! Until that time, he'd been an erstwhile supporter of the Third Hokage, even emulating the old man with his combat style. But seeing the Second Hokage in action, and hearing him speak- even more than Hashirama, Tobirama had been inspiring. No unrealistic ideals; just a direct route to solving problems. History hadn't painted Tobirama in the kindest light, but he was a product of his time.
Just like I am now. Passe'.

That's a good idea; best to have connection time like that. I work evenings, so I'm usually on the computer, as it's 1 or 2am and there's not much else to do, but I don't stay on for very long. The only thing I'll really do is write, though I would imagine that my days are numbered for that. Yeah, the remake just about put the kibosh on the franchise for me.  I do miss the RP's; that Naruto one we had going was genius. Looking back, we predicted a LOT of what was going to happen in Naruto!  I know just what I would do with Yuji/Ryouko/Hideki these days, too.  I think I had it right toward the end, having him be bitter at his lack of power compared to Naruto and the others. Not a villain, but a hero who isn't into the buddy-buddy BS that the others are. That would be fun to revisit someday. I do miss chatting with you; it's rare to have that much in common to chat about.

Yes indeed, life DOES have a way of happening. My work days are pretty long, but writing is about the only thing I do for recreation, so I can usually make some time for it. Though I'm probably done with most of my fan fic work. I'm just about to hang up the keyboard on Resident Evil. The franchise is in a steady decline, and they just ruined my favorite character in the RE2 remake. It seems like I'm not on the popular side of the fence this time. Not that that by itself bothers me, but if no one's reading there's not much point to reading. I miss the good old day of Sonic, Naruto and House! And your Naruto fic was excellent!

My bad for the delay in replying. There was some oddball issues going in real life. Anyway: That sounds cool. I'm afraid that I've really just seen the last of my writing interest crash due to the abysmal RE2 Remake. Ah, I miss the days of writing Naruto, though, with an OC that just could never win! Simpler times!

True enough. I've played with original content, but never seriously. It's all recreational to me. Anyway, hopefully we won't miss each other as often going forward. I do miss our chats!

Hey, I just missed you this time. Glad you're doing well! My writing audience has dwindled pretty good, which happens, I suppose.

Been a long time, friend. How are you? 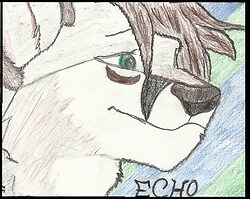