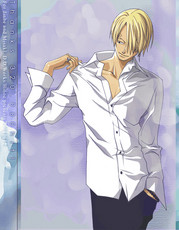 Laura, thanks for all the wonderful comments! I was pleasently surprised when I saw that I had comments from here since people rarely comment on my art. You really made my day! Happy Saint Patrick's day to you both!

The picture of edward is also over 3 years old

XDthe only thing I don't procrastinate on to much is ummm.... well, I still procrastinate on it, but not too much, but I don't procrastinate much on drawing... or maybe I do. hehe... I never study yet I still make uber grades on everything. You need to pay attention in class. That way when the techer asks you something, it's easier to bluff your way through it, but sometimes it's hard not to blank out. I corrected my math teacher before ^^ Adn he;s on of those uber ppl that never makes a mistake. Everyone even clapped XD. I feel so smart. hehe... Almost everything makes me mad and I glare at my computer untill it gets when I need it to go if it's going slow. O mai! 10 minutes?? hat's how long it takes to turn my computer on. It takes 15 minutes to turn it off. hehe... We used to have a slow computer, but then we got this newer one and put more memory on it, so it doesn't really go slow. XDDD I love Rat Race!!! That movie is soooooooo funny!! My fav part is probably the 2 women that have to deal with the squirrel lady and when they go in the rocket car. Priceless. Last year I didn't have a heater and mine used to be the coldest, but fate smiled upon me when my parents said I could put a heater in there. That how my room used to be. I could just open the door and I already could feel hat it was like 10-20 degrees colder cos there was only one vent in it and it was the furthest from the heater. My character profiles are simply to have a way to show ppl about my characters easily. I'm not sure why I wanna make them. I just want my characters to seem as special as they do in my head. hehe... "special" Let's just say that I only have 10 friends in this state and that's cos I know them at church. All of my other friends I know on the Internet and some are in different countries XD. Canada, Austratilia, England, places like that. It's actually quite cool to have friends in other countries. The reason Ray wasn't on was cos she had switched to another account without telling me. hehe... I should have thought as much XD. You relaly are a poor, deprived child if you have never eaten a cookie cake. It's been relaly warm around here lately. There are birds chirping every day, I saw some bugs earlier, and I even saw some little blue flowers. It's like spring is starting early this year. That would make sense cos the winter was so cold. I've already beaten guys at drawing. I don't think that's gonna do much good. they aren't going to respect you if you're better than them at something. Not the guys in my school. They're only nice to you if you put 15 pounds of makeup on each morning. I'm the weird kid as well and that usually makes me the loved member in the group except for in the one with my best friend. In my church group and my other friends, a lot of them say that I'm their best friend, but i just can't seem to make the ppl I want to love me, love me. You know what I mean? XD a list. Well, I got a bunch of pictures done, but I have to redo one. My pile is up to 4, but they're all pictures that won't take long and it's only that high cos I'm workign on one that has a lot of shading and should take forever, but I got a lot of it done yesterday. I suppose it's hard to explain about how I'm enspired by Walt Disney. You would have to go to Disney World and watch this movie about him that they have in order to explain it well. XD I used to have cat that woak me up in the morning, but that was just so it could eat. I miss havign a cat in the house. Yah, that was quite a long night, but I supprisongly woak right up the next morning I think. hehe... I have done that before. Lightning is pretty to watch ina sky that's all dark and filled with clouds. Wow, I don't think I've seen something like that before! It sounds uber pretty! hehe... it's neat to think of the moon as a hole in the sky. I rather like crazy ppl. Even the ones that are crazy in a bad way. Indeed, they make things more interesting.

hehe... most of that time I was just procrastinating though. I was just gone fora couple days cos I had to stay at my grandmas and it killed my schedule. hehe... nope. I don't stupy ever. Oh, that happens to me all the time, but if I'm being forced to read it, I just move along and pretend I know what's going on. Oh, hehe... that's funny. Well, the Internet went kinda slow, so I guess you could call that rusty XD. Wet towel on your head sounds dangerous if you just sit there, but if you're on your way out, or there is no way out, it's the best thing to do. That way your hair won't catch on fire. It's quite flamable. hehe.... breakdancing XDD I suppose that would put it out. It's uber cold at night and we have no insilation, but I have a heater in my room finnally. hehe... yah. She liked her pixel stuff though. I even sent her on a little scavenger hunt for them ^^ I have to make uhhhh..... 17 of them I think. Yesh, this will take quite some time. Ray lives in NY, so she lives a lot further away than Kd. Ray still hasn't gotten on again. I wonder where she is... Ohh, they make giant cookie cakes. We bought one for my sister's 21st birthday. Your flower froze? Man, it must have been coooold! That was really nice of him ^^ There's no one like that in my school, all the guys are mean. Oh, I understand how you feel. I'm a loner at school, but I love my friends at church they're so much fun and they're the only ppl I consider friends. They're also really nice and funny. I think I finished all of that by not procrastinating for a few days. That and not many of them have shading. hehe... I have to do a project about someone that changed America. They had a huuuuuuge list, but they said you could do someone not on the list, so I came up with Walt Disney. I can't believe they didn't have him on the list. He's my inspiration. It shouldn't be too hard cos I already know a lot of things about Disney. hehe... cats are pretty smart, but very few of them do what you want them to do cos they just stick to doing what they want to do. Speaking of storm, I had the hardest time sleeping the the first night with nanny. It was justa coupel days ago. I had my rabbit in the room and there was a really bad storm and the bed was uncomphy as well. The pillows weren't much better. They were sharp cos it felt like someone ripped all the feathers off a bird and shoved them in there, with the sharp parts sticking out and everything. It was like a pin cushion. Just when I was about to get to sleep, there would be an uber loud crash of lightning. That happened at least 3 times. Then whe i did fall asleep, the rabbit stompped on its cage real loud and tht woak me up instead. Told you the rabbit was evil. I wish I could have seen it for real too. It sounded suuuu funny!! XD Yesh, I remember that guy. There are some crazy ppl out there.
Go to page: 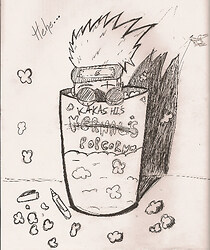