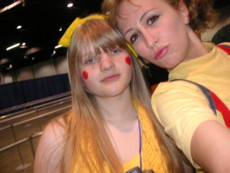 
This account is also for my new comic (THAT I SWEAR WILL WORK!!)) called Bubble Pop! I personally think I'm doing quite well at it >=P But hey, I actually am not that good at drawing.

Chibi_chick made this lovely and hilarious pic for me ^-^ Thanx so much!
http://www.fanart-central.net/pic-519401.html


Dragonspaz made this for me as a request, THANKOO SO MUCH!!! *starts crying at its beauty, and her niceyness*


NekoNinja ~who is an awzum artist, GO LOVE HER!!!~ made a momiji doll for meeee!!! THANKOO!!


Rurouni_Gemini83-~- I LOVE IT WITH MY HEART!!! It's beautiful, people should go n check out her art

mochichan--- Love her art!! so originally styled and very adorable!! Thanx for the pic of momiji!!! <3!


I DO REQUESTS NOW!!! I used to not do them cuz I was lazy, but I have overcame my laziness and am doing them now :)

The dude in an animation I'm workin on. Thas why the items are there

Omg.... That mastercheif was at Nobrand with me!! He was in our group!! That's awesome!!

Very nice art you got there =D keep it on !

*waves* Hallo! XD Guess what! NOBRAND was great!!! I loved it! XD that anime convention was amazing! XD I got all sorts of Mokona and momiji stuff and kawaii badges! x3

Nyawws!! I'm so jealous!! There's ACON coming up here in a while, and I'm still trying to get tickets haha! Did you dress up as anything?

hi!! omg haven't talked to you in forever!! How ya doin?

thank you very much.
i'll try harder.
Go to page: