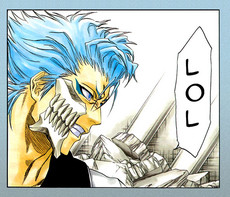 I'M CONSIDERING CLOSING DOWN THIS ACCOUNT. MOSTLY DUE TO THE FACT THAT I TEND TO FORGET AND NOT POST ART HERE.

My nickname is Kamaya, stfu if you say otherwise.
I am 17.

I'm a huge anime fan (because the term 'otaku' is disgraceful!) and am going about 8 1/2 years of being so. Judging by my age, that means I like a lot of series and, despite what n00bs might think, I DID know about some series before they really became public. Like Naruto. *was a Narutard around four years ago*

I am super dogy sometimes, but oh well.

Anyway, as my picture which should be here states, I have golden brown hair that reaches just past my shoulders, and bangs that reach to my eyebrow line. I have pure dark brown eyes, and am STILL short (5'2") and fat (166 lbs).

I am a lover of music and part time of video games. I have to say my favorite bands are Nickelback, Linkin Park, Breaking Benjamin, and Michelle Branch. (Shes a singer on her own though) I like the Sonic the Hedgehog series as well as the Pokemon games. Bite me.

My hobbies are drawing, singing, and being a whining lazyass. :'D

Hi there! I'm holding two contests right now, and I would be honored if you would join. Here's a link for info on these contests. . .

XD thanks for taking it! X33
Dez is a good result XD and you are very welcome ^^

hellow Kamaya-san, uh yeah i have the referances for the art trade here

uh yea so im drawing yur OC with one of her bishies right?

Ah, so I have to draw these three together? Shuld be no problem!

Yeah, that was what it was I suppose. You have a lot of them to choose from, consider my Naruto OC has several pair ups... ;;; If you need it, I'll give you a list to choose from.

Thank you for the reference!

oh yeah i would like a referance for that Kazin or what-ever his name is. Konas OC in time skip as well as yurs

You have one too? XDD I've been abusing this account for DA.... Go and look at me there cause.. I'm good XDD 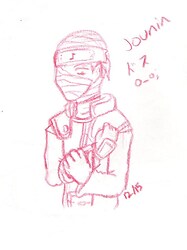