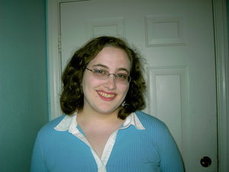 Hello there. ^___^ I'm new. Well lets see...
I've lived in Vegas my whole life,
I'm a girl,
My b-day is Feb. 26 so I'm a Pisces and I'm a rat(Chinese zodiac),
I am about 5'8"/5'9",
I have wavy and curly dark golden blonde/light golden brown hair,
I have green eyes,
I wear glasses,
I have freckles,
I'm a huge Anime and Manga fan,I like to sing, read books(Manga included), watch Anime, play video games, and go on the computer. I'm also big on myths and legends. I'm also facinated by things like dragons, vampires, pirates, shamans, elves, faries/fairies/faeries, the fae, the fair folk, magic/magick(or however else you spell it), and other things like that.

I'm new at this so please don't hate me, just tell me how to do better. My sister is giving me lessons so I can get better.
I will do requests just give me time. If it takes a really long time I'm sorry. I don't care if you put my art on your site just give me alittle credit. Also I really draw all of my pictures I just may look at an image for refferance. I may put up pics my friends made for me but I'm not sure I probably(sp?) will if it's ok.

If it looks like someone else has the exact same thing and you know it's theirs and not my friends, I'm sorry and I'll take it down immediately((sp?) Sorry I'm a bad speller so sorry if I spell anything wrong on anything).

It may take a while for me to put stuff up my computer and scanner are acting up so I can't put anything up. *cries* -_- Oh well life goes on. Thanks for reading this and I wish you all Love, Peace, and DOUGHNUTS. o^__^o Hehehe too much Trigun.

Also I always end my comments shoving doughnuts down peoples throats if you have a fave kind tell me and I'll try to remember to give you that kind. To everyone who took the time to read this thank you and here have a doughnut. *shoves a doughnut down your throat*

If you want to see what my giving doughnuts can do to people check out trideegurl2's pic "Too many donuts from Cara" or ren_fan's "Cara animation" or "For Cara" by yusuke_luv_gurl or "Doughnuts For Cara" by sneakershoes "it's raining donuts" by kori-okami or "Comic For cara" by Shironu-chan and you'll see. I have 2 other e-mail addresses grattoncara@gmail.com and cara_ryu@yahoo.com if it's easier for you to contact me there.


I have some stories up now if you want to look, one is for everyone.
My sister has a section now she's called Rein_chan you should check hers out too.


You Know You're From Nevada When...

You can count cards

You know that prostitution is illegal in Las Vegas

More of your friends were born in California than Nevada

Your car's overheated - before you started driving

You know what all the combinations mean on a slot machine

You don't answer the phone during UNLV basketball

You see more billboards than trees on the road

You have a smoking section in your supermarket

You have ever thought New Jersey sounded like a nice, wholesome place to visit

You know that Pahrump is not actually the punchline of a bad joke. At least, not always

Your car payment is higher than your rent

You actually get these jokes and pass them on to other friends from Nevada.

Get Your Own "You Know You're From" Meme Here

More cool things for your blog at
Blogthings

You Know You're From Las Vegas When...

Your car payment is more than your rent

Your McDonald's has a hand-painted portrait of Marilyn & Elvis

The slot machines in the airport drown out the PA announcements

You've attended a drive through wedding

You've been to a museum... at a casino

Your favorite form of mass transport is free

You actually get these jokes and pass them on to other friends from Las Vegas.

Get Your Own "You Know You're From" Meme Here

More cool things for your blog at
Blogthings


What day are you?

Ryunosuke Umemiya - Good god, I never thoughtsomeone would get this guy.. Ryu is alwayslooking for his 'Best Place' and I`m sure thatits really you! He`ll take you for rides on hismotorcycle. Just watch out for his hair, itweighs about 20 lbs and could knock you out ifit collides with your head.
Which Shaman King Guy is Your Match? brought to you by Quizilla


I have some more test results here http://www.webspawner.com/users/caragratton/index.html
I added some new ones too.


*HUGS* TOTAL!
give Cara_Gratton more *HUGS*
Get hugs of your own

1/28/05
Since some people said I stole that Gon pic, even though I didn't, I took it off so they'd stop. Also Hiroshima recently sent me an e-mail about how annoying/disturbing it was that I did my doughtnut thing so I'm stopping all together. Sorry if it annoyed you or anything. If other people really don't want me to stop I won't. Cara

Wow. O_O It hasn't even been a whole day and I've only gotten about 1 or 2 comments about stopping my doughnuts completely and about hang on... *goes to count comments* 21 or 22 about NOT stopping them so I bow to the way of the people. *bows* I WON'T stop my doughnut thing. ^__^

1/29/05
Well it's been about a day and well it's unanomus(sp?). Even more people have asked me NOT to stop so I won't and probably never will. ^^ I got about 2 people saying to stop my doughnut thing and about 20 something maybe 30 something people saying NOT to, so I'm not going to stop. :) But if you want me to stop shoving doughnuts down YOUR throat cause you either don't like doughnuts or it annoying or would like something else instead just let me know by telling me in a comment and I won't shove them down your throat but I will probably be shoving them down other peoples who want doughnuts shoved down their throats. ^__^

2/14/05
Hi and Happy Valentines Day everybody! ^__^ I was looking at my profile and noticed 2 things that were a little bit shocking. Since the about 6 months I've been here I've given out over 4000 comment and I'm on 29 peoples favs list. O_O The comment one was shocking cause I hadn't realized that I'd given so many and the favs one was shocking cause I never thought I'd get over about 10 maybe 12. So to everyone that has or will have me on their favs THANK YOU. ^___^


2/21/05
Hi. I now have a deviantART account it's Cara-Doughnut-Lady cause Cara was already taken or it would have been Cara there too. ^_^

5/10/05
Ok I'm sorry to everyone that isn't doing this but I'd like to say that I would appriciate it if you didn't put stuff like "you are one fat ugly cow! u cloud never get a d**k if u tried u fat ugly heafer" or anything like that in comments on my profile. I'm fully aware that I'm not pretty or anything and don't need to be told it. So please don't write it unless you can think of a polite way to put it. Thank you

7/5/05
Well for some reason I have been banned from putting up pics on FAC, maybe only for awhile maybe forever I don't know I just found out about when I went to put a new pic up. If you want you can check me out on DA I'm Cara-Doughnut-Lady. Link---> http://cara-doughnut-lady.deviantart.com/

8/16/05
I'm no longer on ban I managed to get it sorted out. It seems I had been accused of stealing other peoples work for some reason, which I didn't.

10/10/05
I have something called Gmail now grattoncara@gmail.com


4/4/06
Hi my friend Corinth_Maxwell wrote a story about me if you want to look. http://www.fanart-central.net/stories.php?sid=31029

4/25/06
Just some quotes I want to remember sorry theres alot.
~*Those who don't believe in magic will never find it.*~

"Why bother to live and learn or love and lose, if in the end - our hearts will break?
...Because - in the end, our hearts become stronger..."

"Erik is not truly dead. He lives on within the souls of those who choose to listen to the music of the night."
-DragonessDeanna

"If I am the phantom, it is because man's hatred has made me so. If I am to be saved it is because your love redeems me."~Le Fantome De L'Opera

"All it takes to fly is to hurl yourself at the ground... and miss." ~Douglas Adams

Smee: I've just had an apostrophe!
Captain Hook: I think you mean an epiphany.
Smee: No... lightning... has just struck my brain...
Captain Hook: Well, that must hurt.

"Though I can hide my cold gaze and you can shake my hand and feel flesh gripping yours and maybe you can even sense our lifestyles are probably comparable, I simply am not there" ap~RYAN99

"The time has come to harvest rebellion, instead of death" Zach de la Rocha

"FOOD FOR THOUGHT: if you commit suicide that means you are to weak to handle life and its problems--- I know otherwise"

"You may know kung fu, but you're still a fairy!"

"touch me not with your hands
but in a way that i can feel you."

"I think to be this happy is to be miserable, to feel this much satisfaction is to burn." -Lestat

"He that is good at making excuses is seldom good at anything else."
--- Benjaman Franklin

"Death cannot stop true love. All it can do is delay it for a while."
---Wesley
The Princess Bride

"People cannot gain anything without sacrificing something. You must present something of equal value to gain something. That is the principle of equivalent trade in alchemy. We believed that was the truth of the world when we were young...." -Alphonse Elric Thank you for the picture favorite.

Thank You for the Fav's.

I'm leaving this acount, and made a new one.
Since your one of my fans(I'm on your faves list), could you refave me on my new acount?
You can also delete my old acount off your faves if u want.^^
It will take a while for me to get my faves list going all the way. BTW
Its here:
http://www.fanart-central.net/profile-XxAkinaxX.php

omg, Cara-san!
*drops in through ur ceiling*
HI~!! ^_^
thanks so much for the artist fave!
*gives u ur fave cookie* ^_^
It helps me finish my pictures :D
I've been a fan of yours art fer almost 2 years :D
goodness gracious me, what an honor ^_^;
anyways, thanks agains and byes~! ^_^ *jumps out window*

Hi!
This is a little weird...Considering my name is Cara, I have the same hair color as you, I wish soo badly that my name, or at least middle name was Lee, I wear glasses, I luv anime/manga...This is weird...

Yeah I do too everyone wants to say Care-a though.

Bwa ha ha... All of my teachers pronounce my name wrong, and it gets annoying... 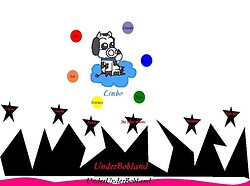